Earlier this month I went to a J. Cole concert with my brother and while the crowd around me was amazed by my brother’s ability to match Jermaine’s pace word for word, I was fixated on Jermaine.

During his performance of HELLO something stuck out to me. As he’s describing his thoughts of “The one that got away” he realizes she has kids & says “…cause if we ever got together. I’d have to be them N!99@$ step-pops forever.” I froze. In all of the times I had heard this song, this time was different. Something about hearing it live, just, just touched my soul. 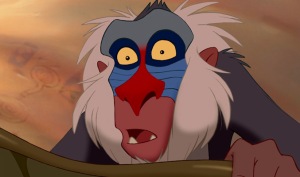 I thought of how even though things hadn’t worked out between Step Dad #1 didn’t work out, I still consider him my stepfather. He went on to prove to be just that. I took a trip to Ohio to attend my stepsister’s college graduation and due to unforeseen circumstances, my lodging plans fell through. And my Hilton Honors membership wasn’t seeing eye-to-eye with my budget.

When I got there, I visited my family on Buddha’s side first, and while there Step Dad #1 called and said “Did you make it yet? Here’s the address to the hotel, you can stay here with me and my mom.” I didn’t even have to ask, he offered. All off an Instagram post. His relationship with my mother ended before I hit double digit birthdays and here I am nearly a quarter century old and he’s still looking out for me. 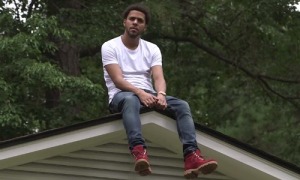 On that same trip I was once again reminded of Jermaine’s words “I’d have to be them kid’s step pops forever” when I heard a tiny voice refer to my cousin as “Dad”.

Ohio’s pretty far, but I talk to my aunt often enough to know her son doesn’t have any 6 year old kids just running around. He even made it his business to remind me he’s “damn near 30 & on his first kid” unlike some of my other cousins.

But here he was with these two little boys walking around calling him “Dad.” And low & behold he’s not even really interested in being with their mother for the long haul. Which causes me to question *How long should a man be in your life before it is ok for your kids to call him Dad?*

Does a man who never had a solid father figure even comprehend the seriousness of a child bestowing upon him that title?

I’m just blessed to have two stepdad’s that look out for me despite the foolishness I’ve learned through their shortcomings.

Shout Out to my sister’s father aka Step Dad #2 for keeping me on his health insurance.

Looking for Love in All the wrong Places